So, I had to go and pick the hardest title on the list. I couldn’t go with something that would write itself, I had to be a smartass. Well, here it is, I don’t know. The best I could do with a difficult title…

The Living House’s Rabbit
Roscoe bays first. He always does. The brambles shake with his excitement. A white tail in the brush thrashes. The other dogs sprint to him from all around, diving into the thicket lest they miss any action. Now Molly and Jet have the scent too.

I don’t see this rabbit, but I can tell by the dogs that it’s on the move. They cross the stream, choked with trash where some asshole used this place as a dump. I can see the dogs sprinting along the washed out road, and I know where that rabbit went. I’ve hunted this place a thousand times. No two chases are the same, but once the rabbits hit that road it always ends the same way.

Crossing the stream I notice that crawfish and minnows don’t seem to mind the old refrigerator or the tires. To them, it’s just convenient cover. Maybe trash isn’t trash to nature, only to humans. Creatures of the woods figure their own things out.

Twisting through the brambles, shotgun over my head to avoid scratching the stock, I come out on the road. It’s washed out on one side badly enough that a portion of the stream trickles along it in the rut. One track is still solid, though, and I follow it, listening to the dogs.

They’re at the house.

The rabbits always go to the house from this road. It’s a beacon to them, almost a guarantee of survival with the pack nipping at a tuft of cottony tail. I haven’t ever killed one once they get to the house; the best I can hope to do is head them off beforehand.

I cross the stream again and the house comes into view through the woods. My grandmother’s grandfather built this house in the 1860’s. The metal roof still keeps it dry, and the shingles still keep the walls watertight where they are still attached. Many have fallen off, though, and lay scattered like oak leaves around the base of a tree. Each time I return, I see that another one, or two, or three, has fallen off. One of the bricks has fallen out of the chimney since I was here last. Empty windows look out into a meadow to the north, and woods to the south.
The dogs are sniffing around the rotten porch, yelping and howling their disapproval. They know it’s nearby. They can smell it. They feel it.

Mollie slips under the porch through a hole chewed out years ago by rodents. Man isn’t the only creature that builds and changes the landscape for future generations.

The doors are long gone, just empty gaps in the walls. Surprisingly, the floors are still in good shape despite years of rain coming through windows and doors. Vines choke the chimney, seeking the promise of light at the top.

Underneath the floor, I hear the beagles. Sniffing, scratching, whining for something I know they’ll never get. Groundhogs have dug holes under the house, perfect for rabbits to use in escape of their pursuers. It’s O.K. though, the woods are full of rabbits. I sit on the bottom step in the kitchen. One of my favorite spots in the world. My grandmother is a child again, warming her hands in front of the hearth. The cooking stove glows. The pantry shelves stocked with jars of preserves, damsons and strawberry and blackberry. A pie on the table. People I don’t know go about the daily business of living a simpler life. A harder life. The walls weren’t insulated. The doors weren’t sealed. How did they get through a winter in this icebox?

I don’t know how long I sit on the steps. When I come out of the dream the beagles are gone, looking for another rabbit. They’ve already given up on this one. I don’t blame them. I’m sure they remember this house too. It takes care of its rabbits.
The front yard still, even after almost 80 years of abandonment, looks domestic. The flower beds still explode with buttercups and lilies every spring. An old tire still twists gently at the end of a hempen rope. My grandmother, and her mother before that, played here. Time, it seems, has infinite weight. I find myself missing family I never met.

The rabbit sticks its head out from under the porch, tentatively twitching its nose for danger. Sniffing none, it hops out. One hop, then two. Eyes, ears, and nose electric, ready at the first hint of danger to bolt back to safety. Detecting none, it nibbles at the edge of the flower bed. It would be an easy shot from here, but I don’t raise the gun. I laugh to myself with the realization that I don’t want the shot hitting the house. It shouldn’t matter. But the house is somehow living, keeping memories alive from a time that nobody remembers. If this living house wants to protect its rabbits, who am I to take them away?

I wonder what my great-great grandfather would think about this. A fat rabbit in front of me. Me not shooting it because of a ruin that he built over 150 years ago. “My progeny is an idiot,” he would probably say, I know that my grandmother would. I’ll bet they never passed up on a free rabbit. But the house is pleased, and it’s all that’s left of any of them.

So, I’m excited to finally see these things coming back, Chuck has been sick for a while and took the holidays off. I didn’t realize how much of my traffic here came from his sandbox. Anyhow, we are supposed to pick an image and write a story about it. Here’s my image… 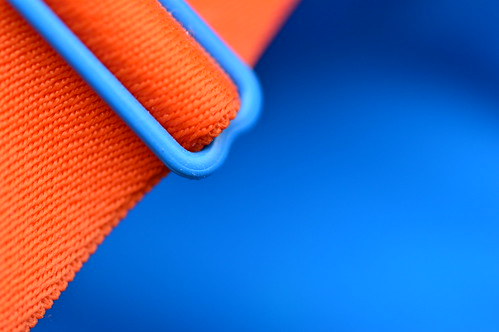 A red-tailed hawk circled below, rocking in the thermals as it surveyed the landscape for prey. The foliage was turning to autumn colors, but hadn’t reached the tipping point yet. Green still dominated the canopy. A flash of reflected sunlight glinted off a windshield from the road, so distant that she couldn’t tell what kind of vehicle was passing.

There were plenty of other things below, but these were the things she focused on. She could see the lake, miles away. The same lake where she and Dave had been swimming, just yesterday. Their parked car, the gravel road they had driven to get here, a field of corn nearby. The Red River Gorge stretch around her. Nearby, there would be hundreds, if not thousands, of people coming and going from Natural Bridge State Park. She scanned the horizon for new things to see.

The wind was kicking up, and tears distorted her vision. She blinked them away, pulling up the fabric of her sports bra to dab her eyes dry. While they were closed, she could feel herself rocking in the wind, just like the hawk. Forcing the panic back down into her belly, where she had kept it stored all afternoon, she made herself open her eyes again. Looking up this time, she examined the gear for at least the hundredth time. The carabiner on her harness, the webbing that led up to the last nut holding her to the cliff. When Dave fell, she had watched helplessly as his equipment ripped away from the crumbly rock like the teeth of an opening zipper. She tried to hold him, but with no leverage from above the rope burned her hand. She held on anyway. Their eyes briefly met as he fell limply past her. She couldn’t stop him. You can’t argue with physics. Her right hand was an agony of angry burning flesh. Her middle finger was pulled into the gear, simultaneously skinning and breaking it. Only then did she let go, finger grotesquely bent, meat and skin hanging off in strings. He had pulled her off the ledge where she was belaying him, her gear exploding out of the wall just like his. Except for that one nut. And from that one nut, came a thin wire, looped through a carabiner, and from that carabiner one strip of orange webbing.

She closed her eyes again. “You’ve been here long enough. You have to do something.” She fortified her nerves as best she could. “One hand. No gear. Concentrate on those things.” And don’t look down. Not at the rocks. Not at Dave. Eyes open. She stuck her foot out, waiting as the wind rocked and twisted her until at last she touched the sandstone. Lichen fell away beneath her foot, but the stone remained solid. Even this miniscule contact with the Earth was calming after hours of hanging from a piece of iron smaller than her thumb. There was a handhold above. She could use her right arm, but her hand was wasted. I could leverage my arm against the webbing to pull myself up, then grab that handhold with my left hand. Of course, if I try that I might pull the nut out of the wall… She studied the cliff around her. There were no other options.

She looked her protection over again, barely able to see the nut. It was probably for the best that she couldn’t see it. She followed the orange webbing down from the carabiner, focusing on the buckle. This was the webbing she hung her gear from when she climbed. It was back-up protection at best. It wasn’t meant for this kind of strain. But the buckle was holding. She wandered at the physics of a buckle of steel, holding all that weight using nothing more than friction. I’m wasting time.

Just as sudden as the fall had been, her psyche clicked into place. Her forearm wrapped around the webbing and she yanked herself upward, levering off the precious foothold and grabbed the cliff with her left hand. Testing the rock below, she found a new foothold, higher than the last, and pulled up again. She jammed her right hand into a crack. Taking a deep breath in preparation, she forced it to close into a fist. It was like holding the hot end of a blowtorch in her closed palm, but she ignored the pain and pulled up. She screamed as she reached for the ledge, her good hand scrabbling for something, anything, to grab.

From the corner of her eye, she saw the nut drop from the wall, then felt its gentle tug when it fell to the end of the webbing. After hours as the only thing holding her to the rock, their roles were switched. Now she was the only thing stopping it from plunging into the precipice.

Nothing was changed about her climbing. Her hand still screamed at her; she still screamed at the iron deposits and sandstone. But the knowledge that her last piece of protection had fallen out and her safety zone was suddenly zero seeped into her chest like water into sand. All thought disappeared. Fear vanished. The pain was a memory, long gone. She scrambled up onto the ledge and collapsed, grateful for the rest and safety of a stone shelf high on a cliff face. Spasms took over her major muscle groups as she lay there, arms and legs vibrating, each to their own rhythm. Safe. For the moment.

Her gear bag, as well as Dave’s, were on the ledge. There was more than enough rope in those bags to get back to the bottom of the cliff. I just have to trust my gear. She raised the orange webbing, the one that she had dangled from for hours, to inspect it.

The buckle that had been holding it together was gone.